Ross wasn’t credited with this work during her lifetime. In fact, her story was first publicly relayed to the Historical Society of Pennsylvania nearly a century later, in 1870, by her grandson, William Canby. According to Canby, Ross had often recounted a visit she had received in late May or early June of 1776 from three men: General George Washington, Robert Morris and George Ross. During this meeting, she was allegedly presented with a sketch of a flag that featured 13 red and white stripes and 13 six-pointed stars, and was asked if she could create a flag to match the proposed design. Ross agreed, but suggested a couple of changes, including arranging the stars in a circle and reducing the points on each star to five instead of six. Canby’s claim (which was supported by affidavits from Ross’s daughter, niece and granddaughter) was published in “Harper’s New Monthly Magazine” in 1873. No official documentation has been found to confirm that Betsy Ross was responsible for creating the very first flag, but it is conceivable that Colonel George Ross—the uncle of Betsy’s recently deceased husband, John—recommended her for the job as a favor to his relative. Betsy may also have been acquainted with both Washington and Morris, who were reported to have worshipped at the same church she attended. It has also been established that Ross did indeed make flags, as evidenced by a receipt for the sum of more than 14 pounds paid to her on May 29, 1777, by the Pennsylvania State Navy Board for making “ships colours.” On June 14, 1777, less than a month later, Congress officially adopted the Stars and Stripes as the national flag. 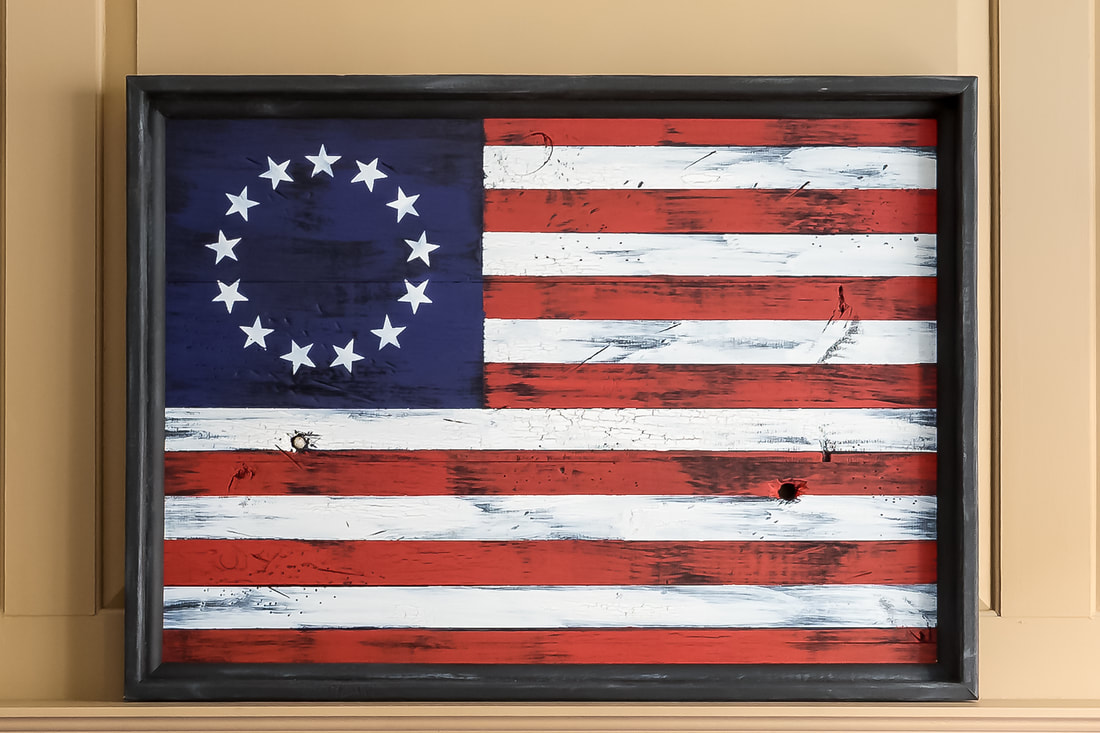 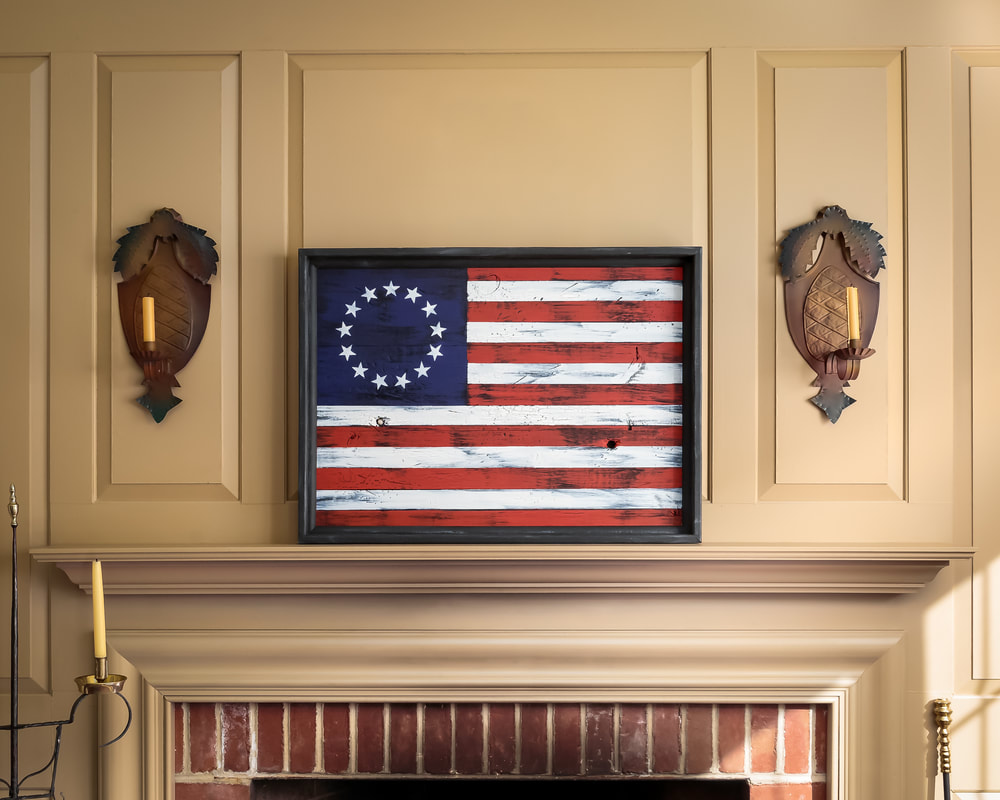 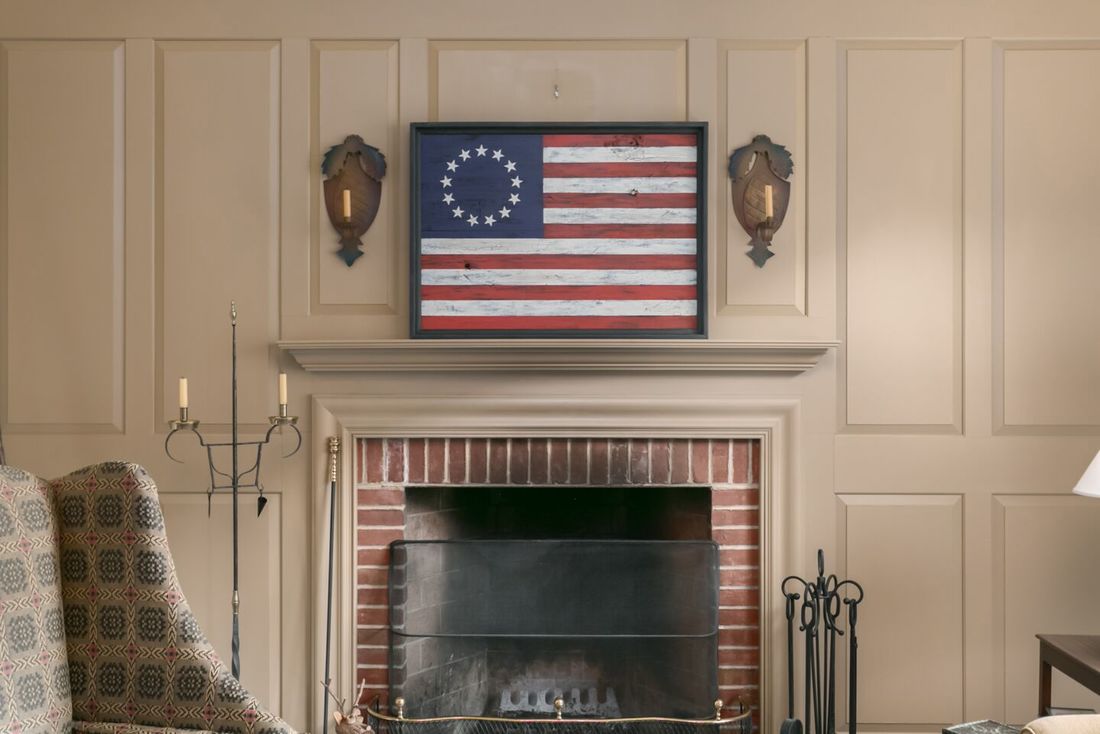 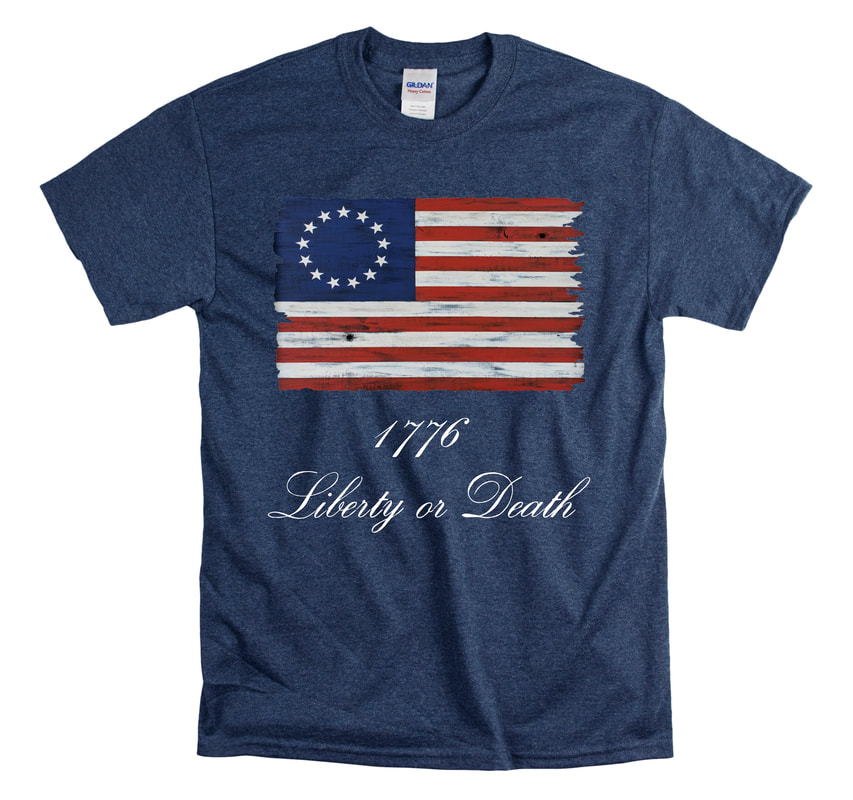 BETSY ROSS FLAG SHIRT available in our ETSY SHOP
THANK YOU VERY MUCH FOR VISITING MY SITE!
SUBSCRIBE to our EMAIL NEWSLETTER